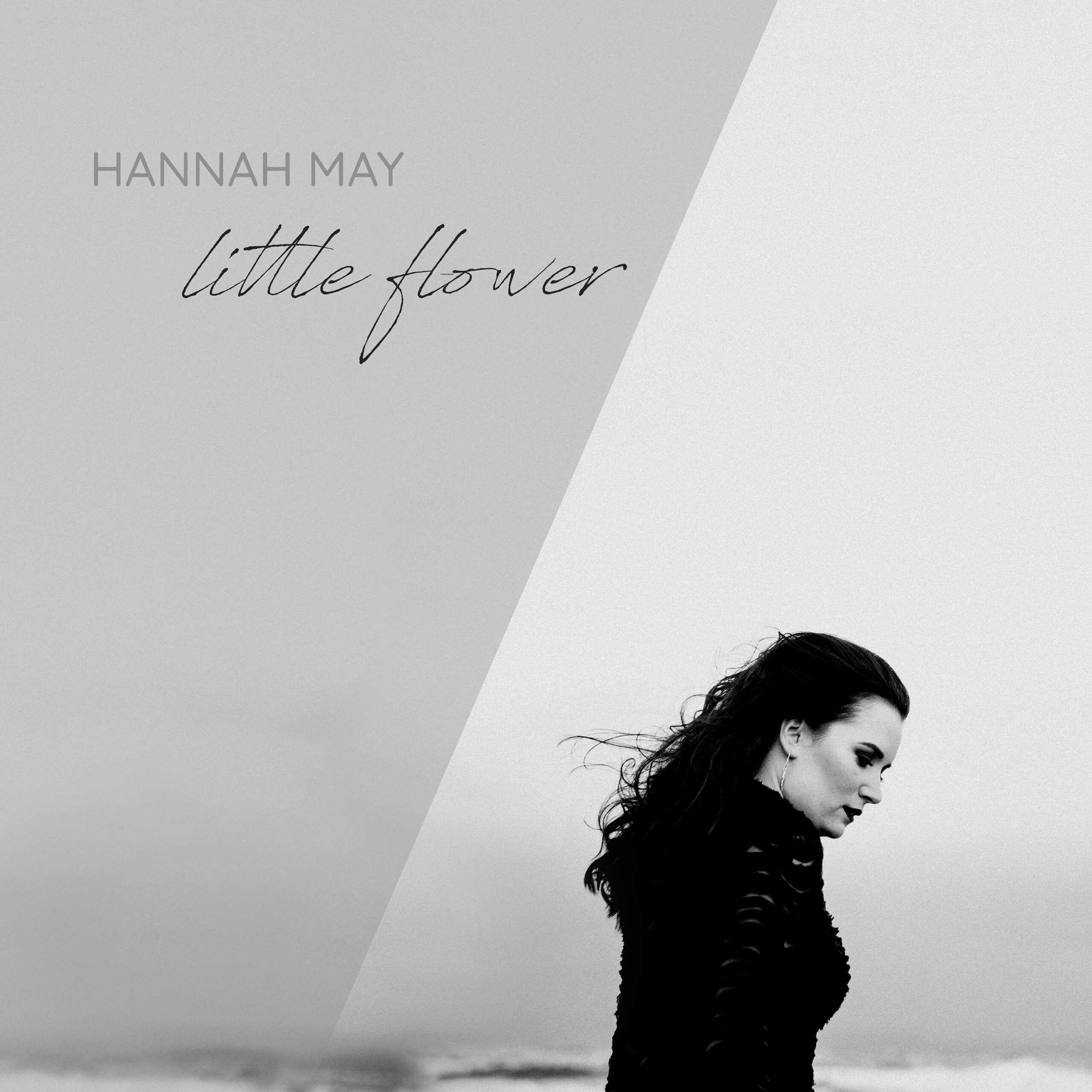 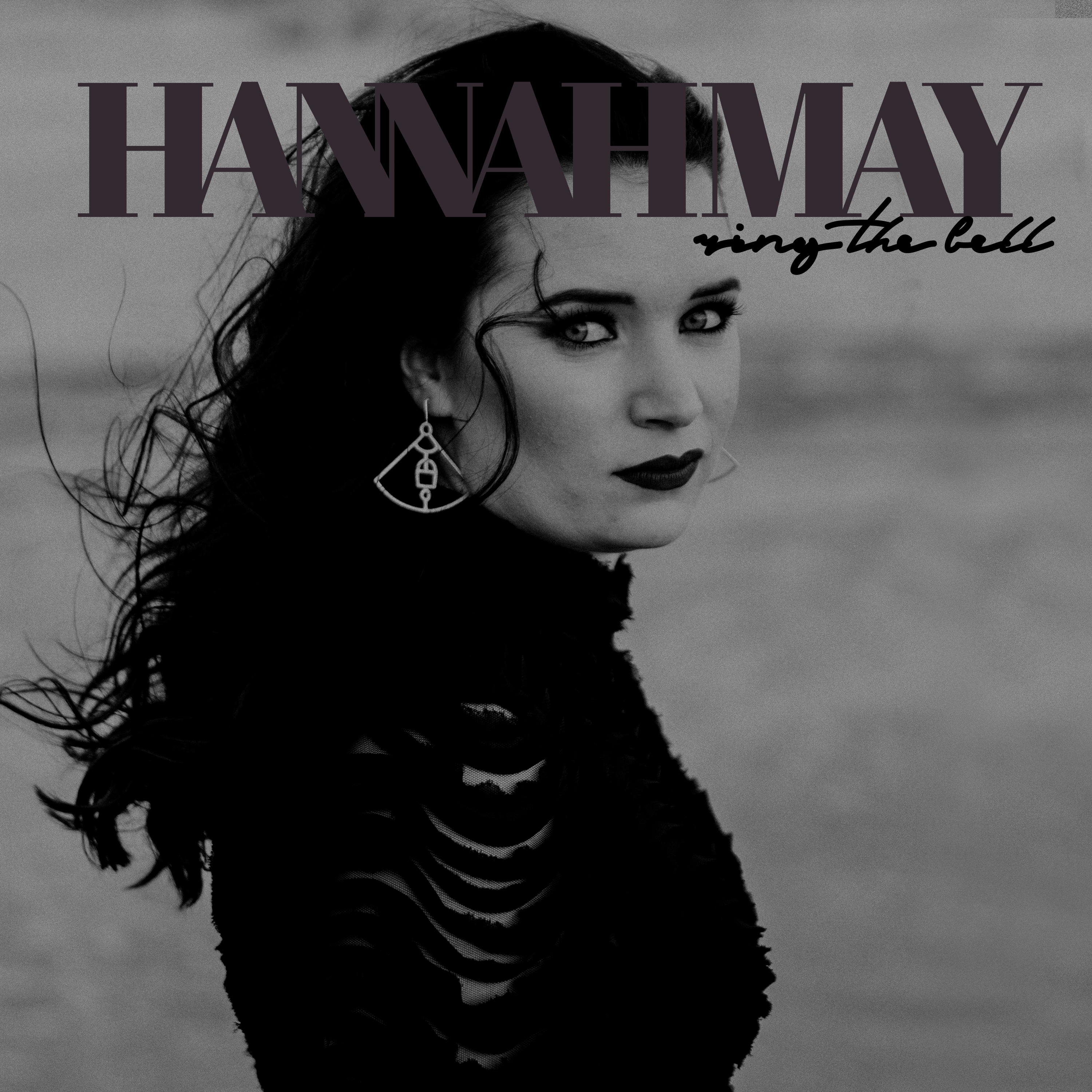 Hannah May will release her new song Little Flower on November 20.  A folk ballad showcasing choral and instrumental textures, it arrives as the third single from her highly anticipated debut album The Little Things. Little Flower was produced during a time of disruption for the music industry, as many performing artists face difficulties due to COVID-19. When selecting the right song to share with her listeners, Hannah says Little Flower “chose itself – lyrically and musically”. “We are realising more and more how we need to connect with each other, support one another, and that everything we do has an impact on our fellow human,” Hannah says.

“There is change in the air, despite all the hardships, death, and pain. We are seeing that we all need to grow and come together.” After her successful singles Sigh (2018) and Ring the Bell (2019), Hannah’s newest song continues her tradition of using music to spread positivity and create community.
“Lyrically, Little Flower was inspired by the journey to motherhood and the many forms that takes, and continues to take, within my own family and friendship circles.” This celebration of friendship among women is represented in Hannah’s vocal writing. The singer invited her sisters, students, and closest friends for a warm but powerful group sing. This ensemble of 10 guest performers can be heard at the moving culmination of the song. “The final section of the song, where everyone joins, is a reminder that we are all in this together – and that we need to stand up, with, and alongside each other to get through this.” Hannah May has an impressive background in choral music, having toured the United States with the ARIA-nominated Southern Gospel Choir. She describes this experience as a direct influence on her latest release – though she has also ventured into unfamiliar creative territory. “I have always wanted to hear an accordion in at least one of my songs, so I’m pretty stoked to have it feature in Little Flower.” Little Flower features Tasmanian music icons Stewart Long (drums), Kevin Cooney (bass), and Matt Boden (keys/accordion). Hannah’s forthcoming debut album The Little Things is produced by Rob Long (Kate Miller-Heidke, Thirsty Merc), and mastered by William Bowden (Eskimo Joe, Gotye). As Australia’s creative communities continue to recover from the challenges of COVID-19, Hannah hopes Little Flower will gift her listeners with “a sense of hope and joy”.

Australian singer-songwriter Hannah May releases Ring the Bell – the second single from her much-anticipated debut album. With electric organ and floating bass lines, the track is a tasteful throw-back to the 1970s grooves that inspire the artist.But beyond the style of her song, its meaning runs a little deeper – and Hannah invites

you to “step underwater” with her melodies. “In the past few years, I’ve felt often like I’ve been underwater,” she says. “The song reflects that feeling of sinking and swimming – and finally rising up through the water to breathe.” Ring the Bell surfaces one year after the release of the vocalist’s debut single Sigh, which was supported through a Pozible campaign and is available on major streaming platforms. These two tracks were produced by Rob Long (Kate Miller-Heidke, Thirsty Merc), and mastered by William Bowden (Eskimo Joe, Gotye).
While it may now be made available to fans for the first time, Ring the Bell has already
reached competitive success – placing in the Top 10 List (Rock/Indie) with the
Australian Songwriters Association’s 2018 contest. Ring the Bell features Tasmanian music icons Stewart Long (drums), Kevin Cooney (bass), and Matt Boden (keys). Through their recording session together, Hannah says her song has been “crafted into something bigger than the sum of its parts”. The single is the latest in a string of music ventures in which Hannah fine-tunes her skill as a vocal artist and coach truly dedicated to her craft. In September, she hosted a masterclass in Hobart featuring fellow award-winning coach Elly Hoyt; while October saw Hannah fly to Sydney to train in the prestigious Estill Vocal Method. Hannah May has shared stages with some of the best-respected singers in Australia, including Clare Bowditch, Wes Carr, and Ian Moss.
Hannah May’s full debut album The Little Things is slated for May 2021 release. 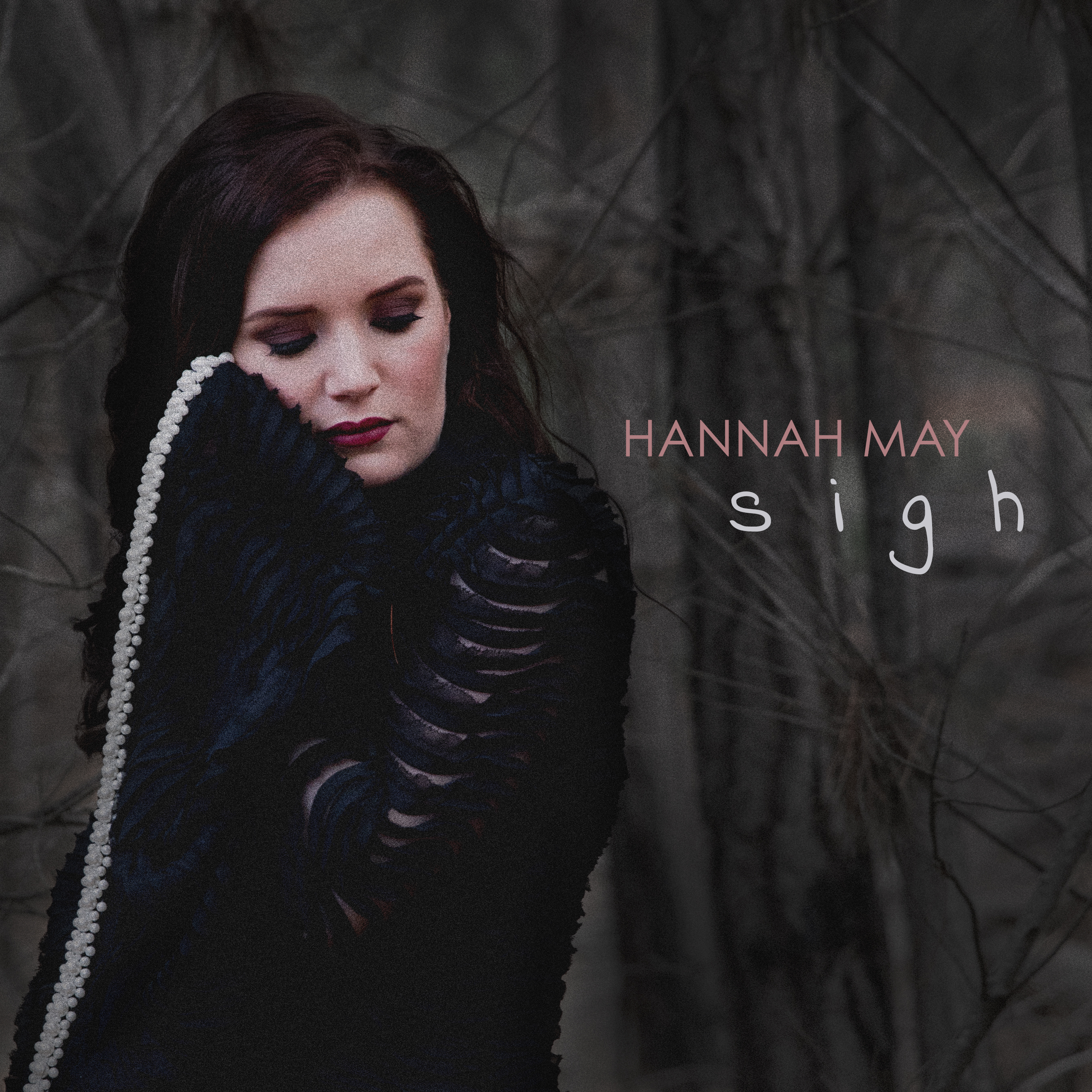 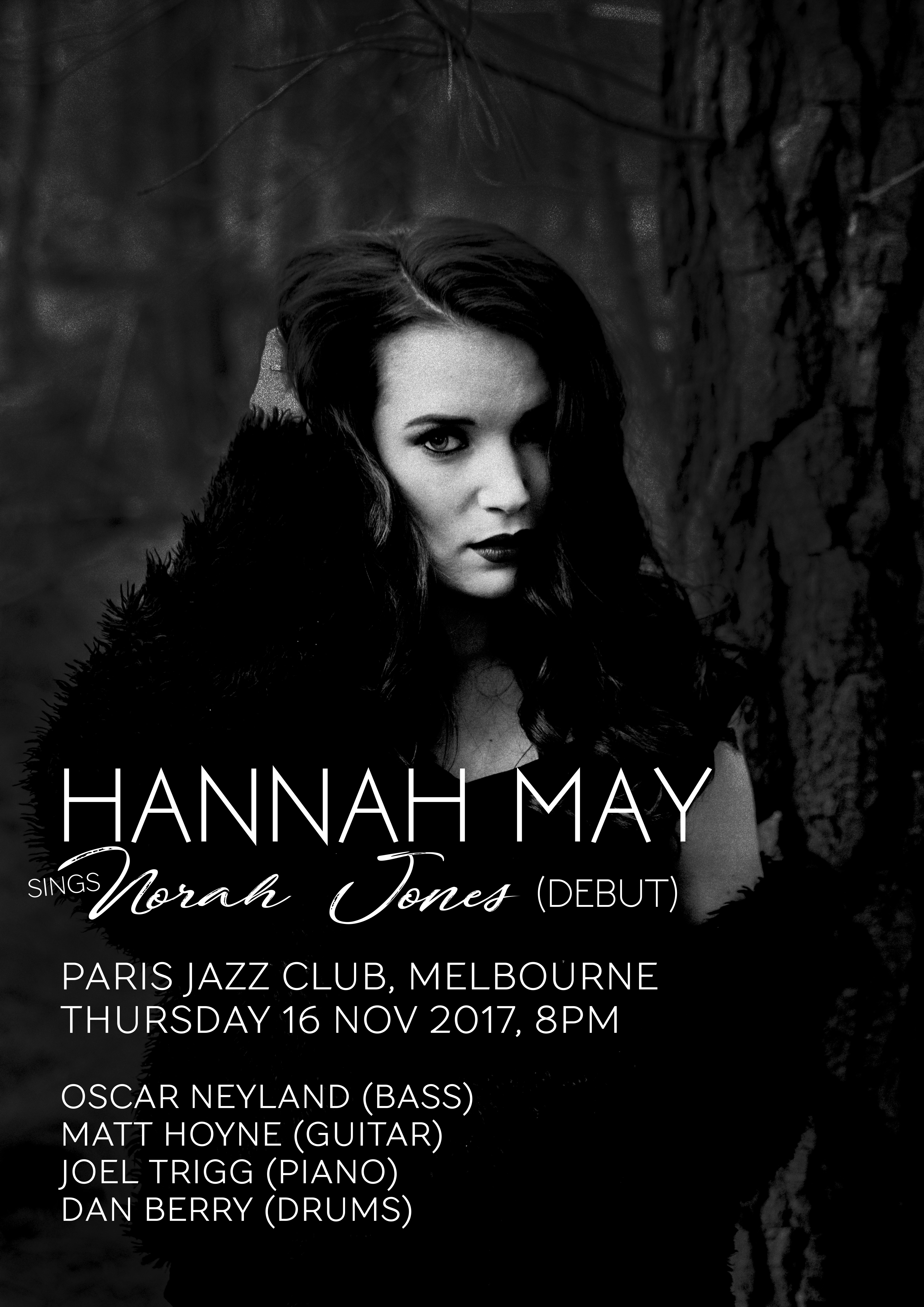 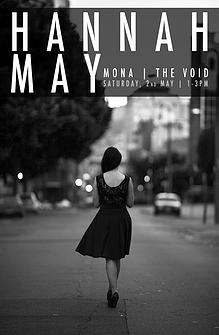 Rich in ingredients ranging from delicious grooves to effortless lyricism and all the good stuff in between, lauded Australian contemporary artist, Hannah May launches her striking, new single Sigh.

“Written over an old grand piano in a practice room during my final year of study, Sigh is a song that seemed to fall out of my hands and right onto the keys. It’s a song about love; an exploration of growing up in a small town where everyone is watching you find love, but you can’t really be sure if it’s right or if you’re ready for it,” May says.

The narrative marks a fitting milestone in the development of this astonishing, young artist. Hannah May’s performance credits include support slots with Clare Bowditch and Ian Moss (Cold Chisel) as well as cowriting stints with industry favourites Wes Carr, Monique Brumby, The Audreys, and Bobby Flynn. A vocal and songwriting coach at Hobart’s The Voice Academy, May is a passionate advocate for the technical and career development of fellow musicians.

“As with all of my work, what I hope you take from Sigh is the sense that your personal story is yours – and yours alone – to own, cradle, and nurture,” May says.  Sigh is the beautiful, year-end gem of encouragement we never knew we needed.

Via the generous support of Arts Tasmania and Hannah May’s recent Pozible campaign, Sigh launches on 16 November via hannahmaymusic.com.au and all major platforms including iTunes, Spotify, and YouTube.

Hannah May appears regularly at Central Hotel, Hobart and joins Matt Boden and Damien Kingston on Christmas Eve as part of the 42-Day MONA Music Marathon. Sigh is taken from May’s debut album, scheduled for release in April.

Tasmanian vocalist Hannah May will make her way to Melbourne this November to present familiar favourites from Norah Jones.

Hannah first encountered Jones’ Grammy award-winning hits more than a decade ago, and themes of Don’t Know Why and Thinking About You are deeply rooted in her musical voice.

This will be the first concert in the Hannah May Sings Norah Jones tour, in which she’ll showcase all the much-loved songs from Jones’ 2002 album Come Away With Me.

She’ll also introduce Melbourne listeners to her inspired originals, including soulful melodies in It’s You I Love and Summer Days.

Hannah has so far shared stages with the likes of Clare Bowditch, Damon Albarn, Ian Moss, and Wes Carr; and her crowdfunded album The Little Things is slated for a 2018 release.

In high demand in her home state, the talented singer-songwriter makes her debut at the Paris Jazz Club at 8pm, 16 November.

Hannah May’s debut album The Little Things is officially underway after the Hobart singer-songwriter achieved the knock-out success in her Pozible Campaign.

More than 120 supportors helped push Hannah’s crowd-funding venture over its target by $2,000 and in total over the 31 days she received $8,000 towards the project.

Hannah’s campaign was supported by Arts Tasmania’s Crowbar scheme, and further sponsored by Pollen Tea Room, Pretty Little Bird, and Smitten Merino – each having supplied rewards for donations toward the project.

“There is a saying: ‘Behind every sucessful project is a team of amazing people’, and it’s true,” Hannah says.

She attributes (her success) to local musicians and tutors Matt Boden, Jazz Acuna, Tony Sayer, Brian West, and Martin Blackwell – along with her family and friends.

But while she prepares for her own release, she also plans to bring other artists long for the ride – including local photographers, engineers, writers, and musicians.

“I wanted to see that this album didn’t just benefit me in my career path, but also in the people who have supported me and encouraged me,” Hannah says.